Per a viral photo on social media, a little girl believed to be around the ages of 10 is said to be pregnant.

The caption of the photo says she is in her 8th month.

A lo of people are surprised at how a 10-year-old girl could be pregnant.

The little girl is said to be from Soweto, South Africa. 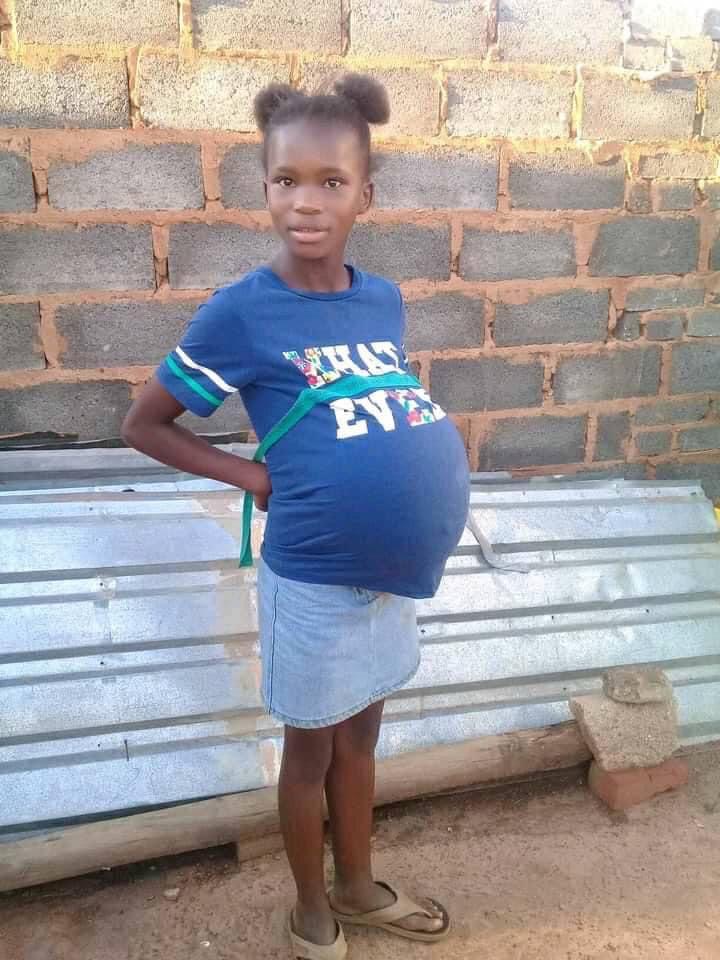 Social media users are calling on the authorities to catch the man who did this and deal with him accordingly.

READ ALSO:  Man set to marry 3 women he got pregnant at the same time
Source: Vimbuzz.com