Mr. Peter Obi, the Labour Party’s presidential candidate, recently delighted his followers by posting a fresh photo on his official Twitter page. Over a thousand fans and followers reacted to the picture of him and former Nigerian President Goodluck Ebele Jonathan shaking hands while posing for the camera.

As he joined Goodluck Ebele Jonathan to commemorate his 65th birthday, Peter Obi took to his official Twitter page to write an article and shared the image to wish him a happy birthday as he turns 65. 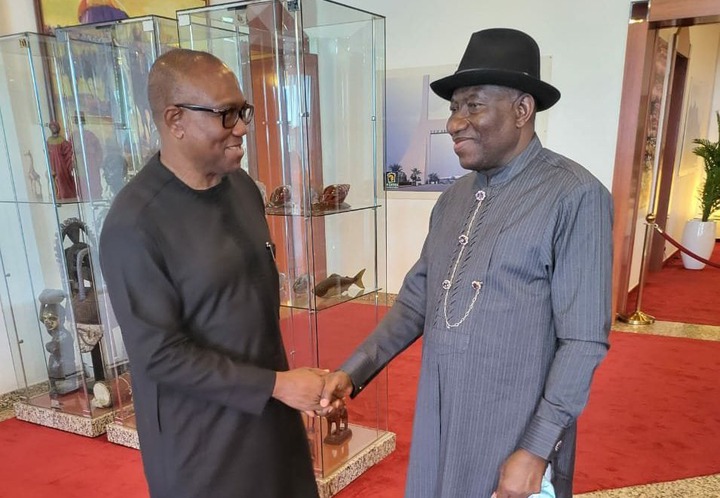 On behalf of his family and the entire OBIdient movement, he said, “I celebrate my very dear elder brother, His Excellency Goodluck Ebele Jonathan, as he turns 65 today. A man of peace, nobility, and honor, @GEJonathan remains a great blessing to our nation.”

Many of his fans and followers were astounded by what they saw and responded favorably to the article, while others shared their ideas and opinions.

READ ALSO:  Odumeje promised to grant me his greatest authority; get your visa and japa, or I'll shut down the entire country - Yul Edochie warns.
Source: Vimbuzz.com
Related Posts