The photos of the students who are alleged to be the people who attacked and murdered Dowen college Sylvester Oromoni has been released into the public.

His cousin shared photos of the students who allegedly tortured him in school.

Their identity was known because the deceased mentioned the names of five persons responsible for the pain before he finally gave up the ghost on Tuesday out of which they managed to get photos of three of those.

They are said to be from a very wealthy family.

Family members of Sylvester Oromoni are very angry and want to seek justice for their beloved son who turned 14 yesterday.

See their photos below: 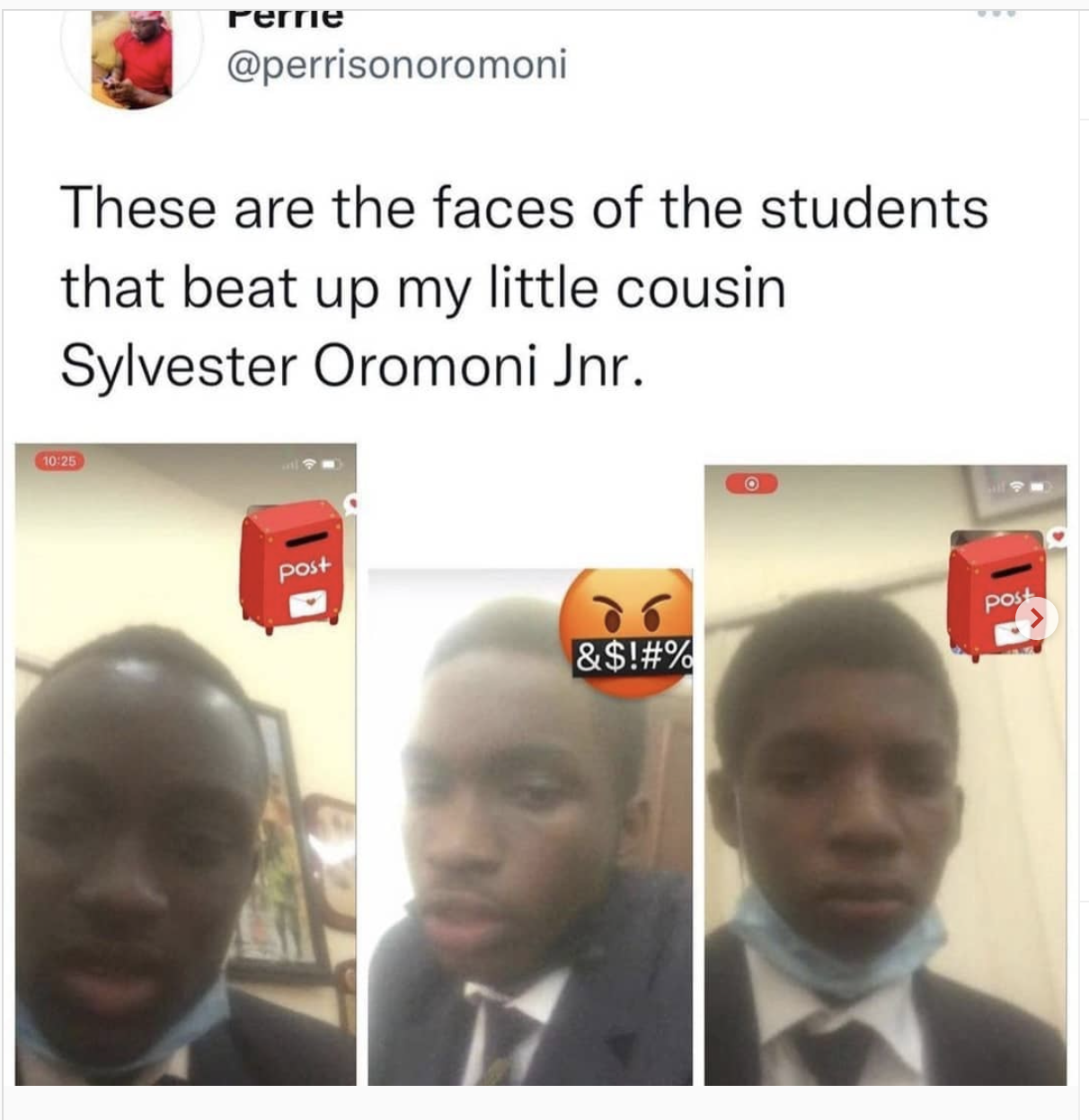 Frank Mawutor is a Blogger, a musician and a publicist. He's also a talent promoter with passionate love for promoting Ghanaian Music Industry. You can reach him on +233543140221 or shoot him an email [email protected]

Published on 7 days ago 1 min read