Filming has officially commenced for Tosin Igho’s ‘Suspicion’, a thriller set to explore the “lives of victims who are impacted by ritual practices.” The feature film is based on Igho’s 2008 short film ‘The Suspicious Guy.’

According to the feature film’s social media handle, principal photography kickstarted on September 22, months after the director first announced preproduction. 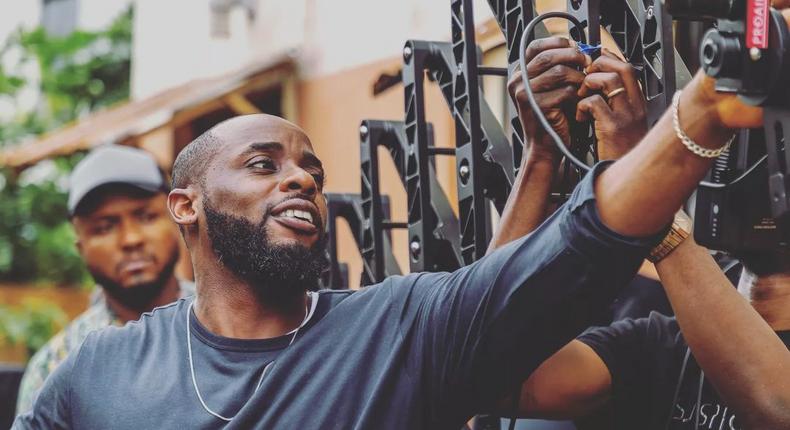 ‘Suspicion’, according to Igho who is credited as a writer, producer, and director, will follow the origin story of the lead in his 2008 ‘The Suspicious Guy’ short film.

READ ALSO:  Based On The 2008 Short Film "The Suspicious Guy," Tosin Igho Releases A Full Film.

In an announcement announcing preproduction in June, the filmmaker detailed that the film will deliver a gripping story.

“From the brains behind Africa magic’s finest shows, Venge, and the award-winning film, Seven. We are pleased to announce the new title, ‘Suspicion’.

‘Suspicion’ scours the lives of victims who are impacted by ritual practices. It promises to be an action-packed film with a remarkable story, and is cast with the best of Nollywood actors,” the film’s official handle shared.