A few days ago many social media users woke up to see new photos of a popular and one of the most sought-after on social media. This actress is no other than the adorable Nancy Isime. She is an actress that knows how to grab the attention of her fans and followers as well as her colleagues. 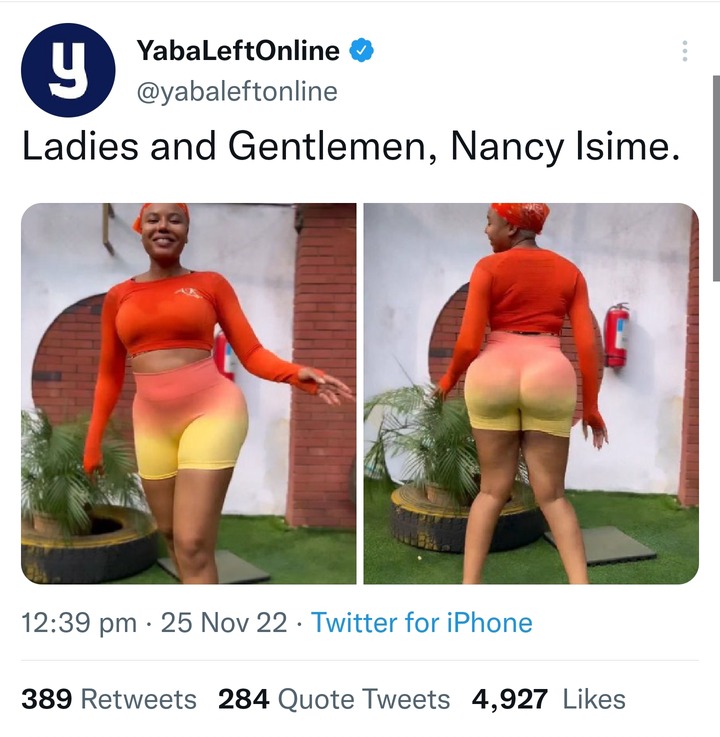 Nancy is a very beautiful actress who is doing so well for herself and impacting society, being one of the most sought-after actresses she has a huge fan base. The new photos of her on social media have left many of her fans salivating and not knowing what actually to do next. Nancy’s looks have on several occasions been a subject of discussion among many. Her appearance this time around has increased the argument as many have it that she might be working out these days to look more gorgeous and appealing than before. Read below some of the comments;