Rapper Yaw Tog sat for the WASSCE exams earlier this year. The fact that he was busy playing shows during that time got people asking if he was learning enough and if he’ll be able to perform well enough.

A few weeks before the exams, he left everything music and concentrated fully on his examinations.

Since then, fans have been expectant to see how he would perform.

Well, the WASSCE results have finally been released and Yaw Tog took to Twitter to confess ahead of time that he has performed poorly.

According to him, he nearly had a heart attack after setting eyes on the results.

Check out his tweets below: 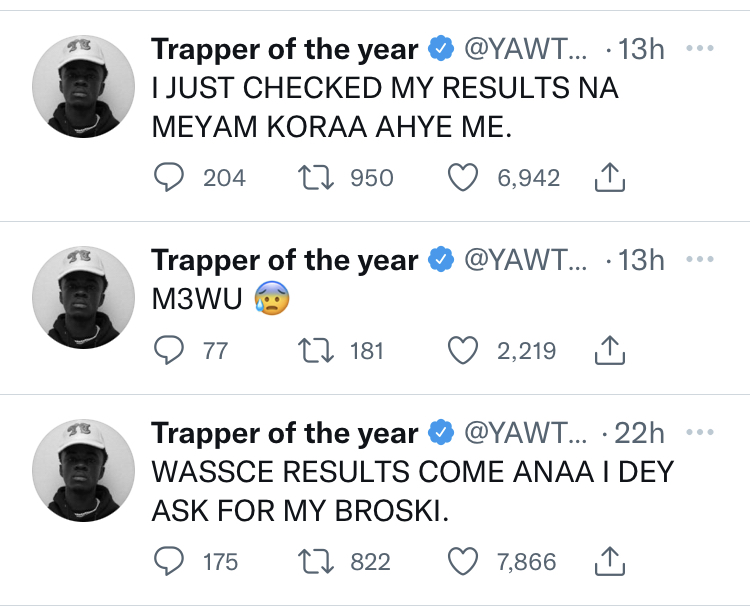 He then asked his followers when he should post his results:

There and then, a fan came out to share a certificate of Yaw Tog bearing his image and name. Tog reacted to the photo of his supposed results with laughing emojis. We cannot tell if they are real or not. 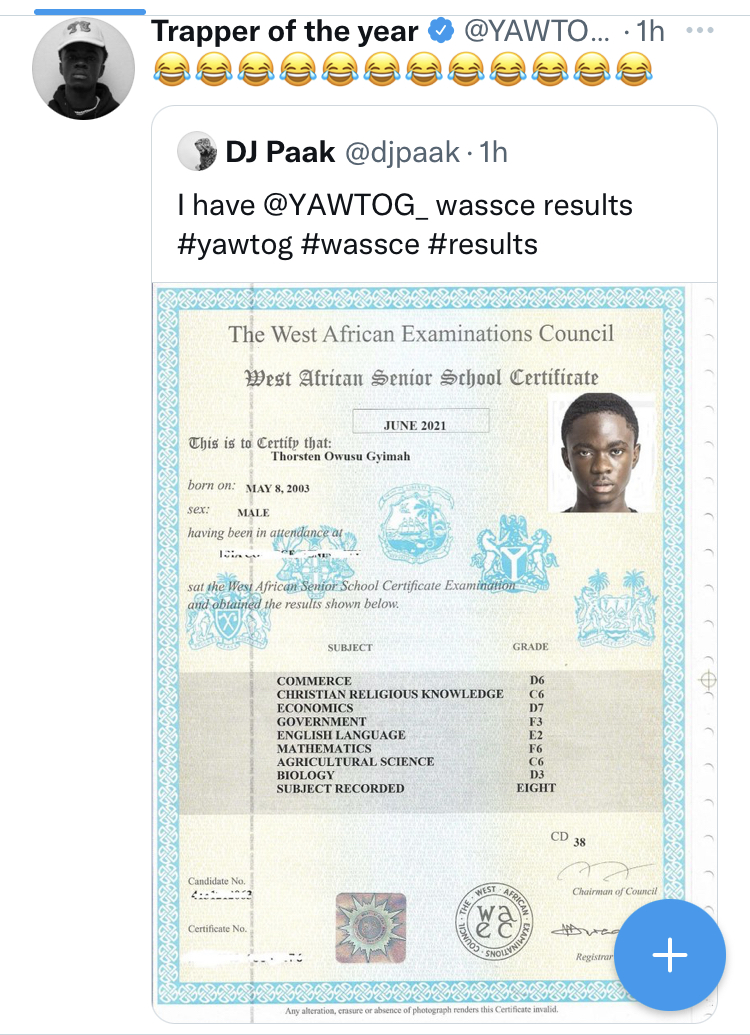 From the image posted, the rapper had D6 in Commerce, C6 in Christian Religious Knowledge,, D7 in economics, F3 in Government, E2 in English, F6 in Mathematics, C6 in Agric. Science, and D3 in Biology. 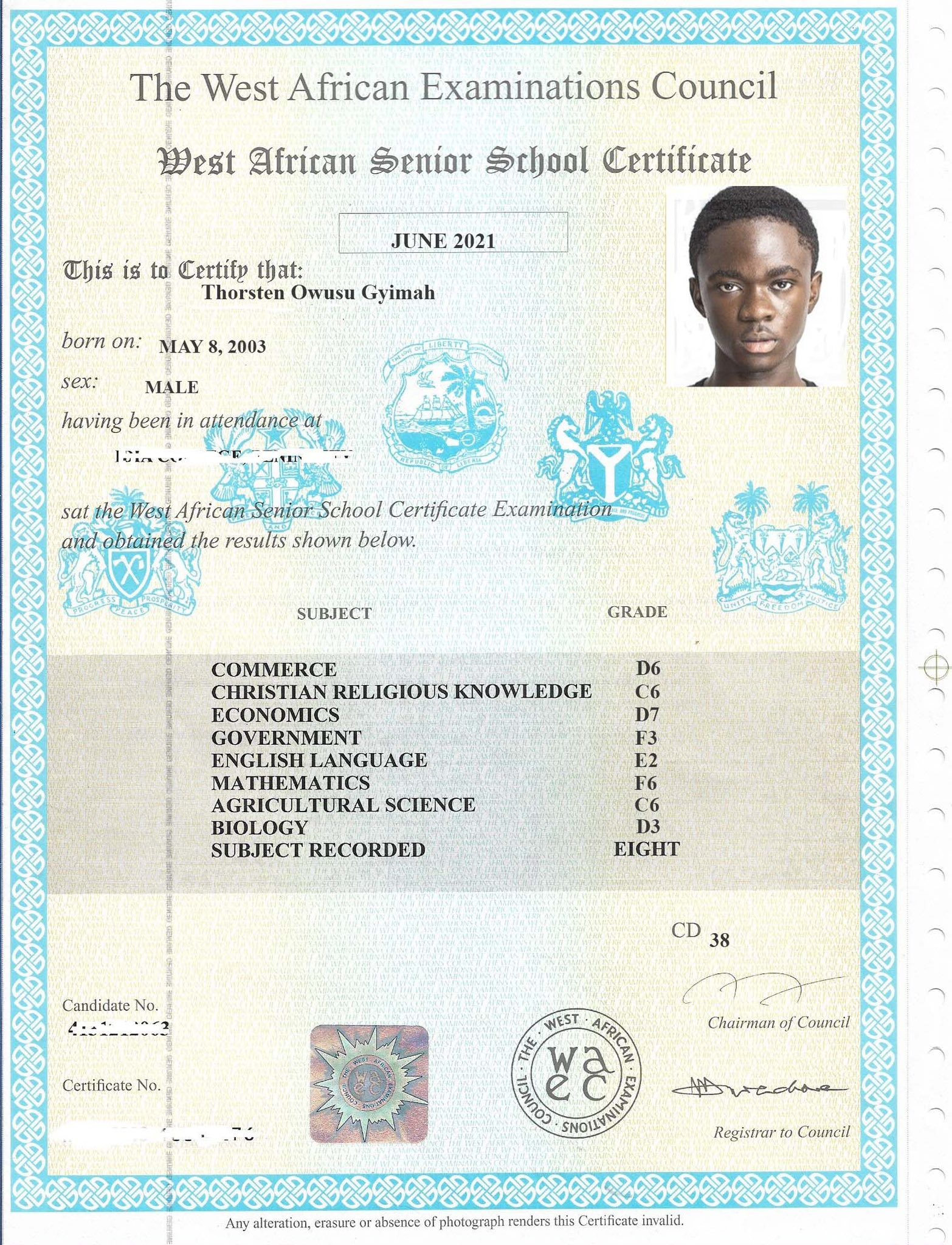 This clearly shows that the results are not the authentic ones from WAEC. Because WAEC has approved Grades such as A1,B2,B3,C4,C5,C6,D7,E8,F9. But the grades given to the respective subjects above do not meet the WAEC guidelines. Showing that they were not Yaw Tog’s real WASSCE results. Fans are still expectant to know Yaw Tog’s performance anyway!

Papaga Bless is a Blogger and an entrepreneur. He loves to write about trending issues in the world of entertainment. Papaga loves to read, listen to music, and spend quality time with those he loves. You can reach him on +233504745268 or shoot him an email, [email protected] Please if you want you or your business to be featured on this website, kindly email us today: [email protected] Thank you!

Published on 18 days ago 1 min read